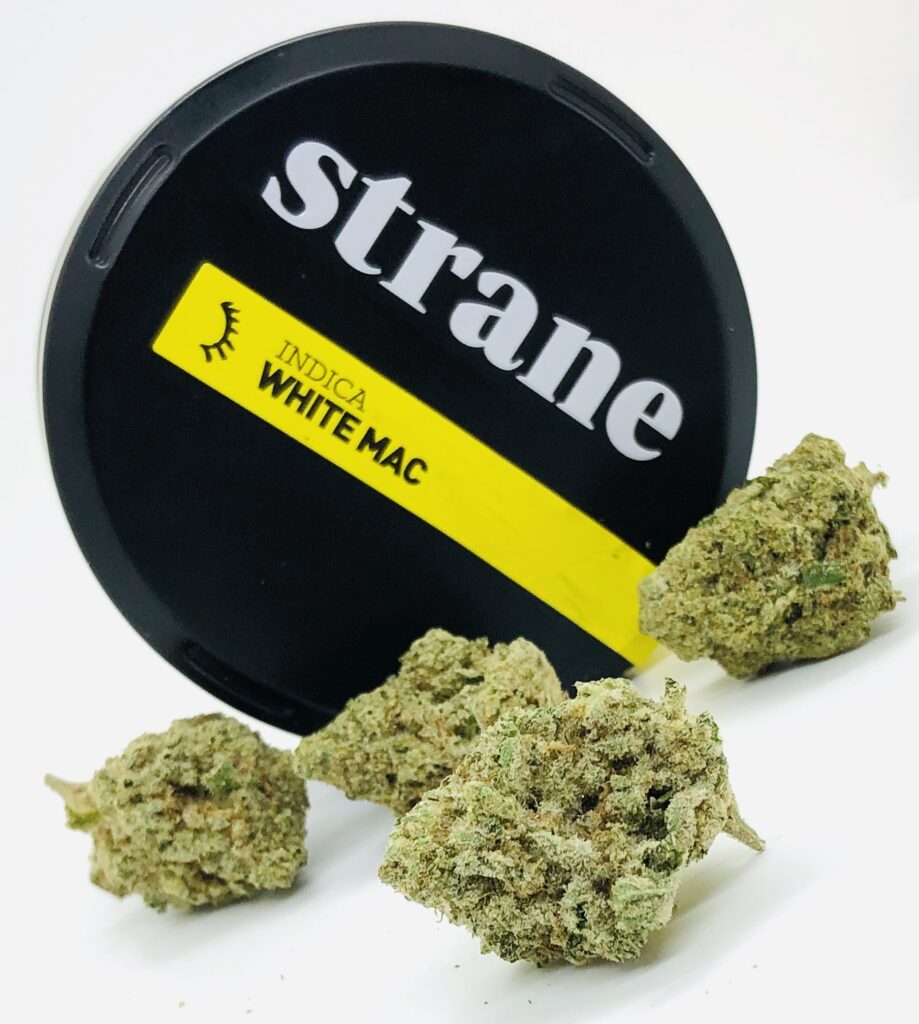 ALL AROUND THE CITY AND FROM COAST TO COAST, …SLICKER THAN MOST… 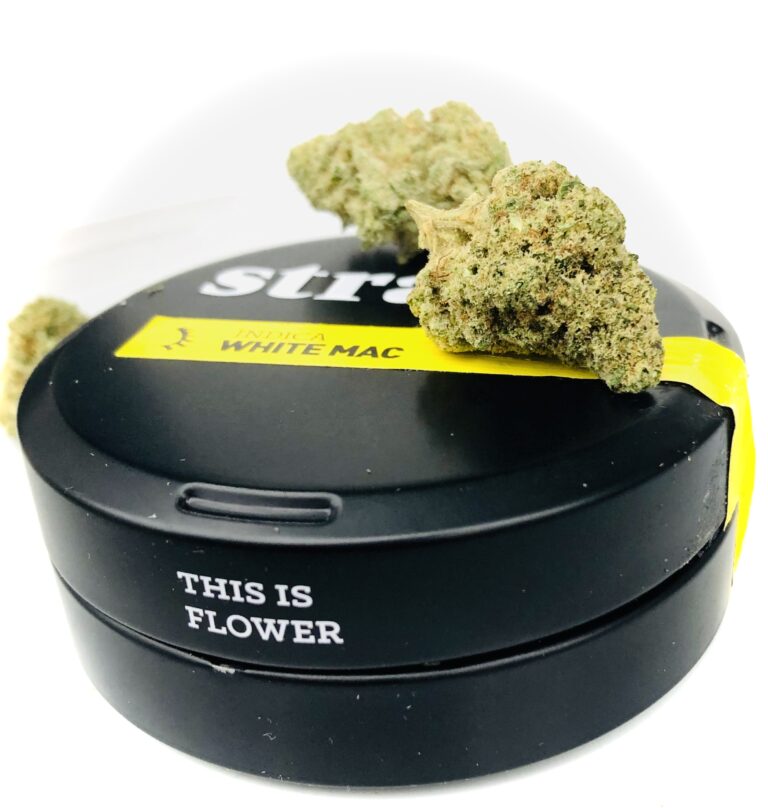 PACKAGING:
I have in past reviews of Strane’s strains, praised Strane for their minimalist, functional, cost-cutting packaging.

But, Strane seems to have upped the ante with their new “tin”. Finally, someone makes a flower container I can comfortably, discreetly fit in my chest pocket, my side pocket, even my front pant pocket, with no distress or worry.

I do, however, wish that the locking mechanism was a bit more snug. On the positive side to that, it makes a great tray when turned over if you’re out and about, or standing somewhere outside.
And, to be honest, it’s a tin, but the beauty of its functionality resides in its thin, concealable, easy to carry, profile. The black outer case is starkly contrasted against the thin bright rectangular yellow label….almost like a vintage can of hair tonic, or cold cream, or antique snuff. Very cool.

BEST USED:Early Morning/ Morning / Daytime/ Early Evening – White MAC could possibly be a functional daytime in micro doses and as long as you stay on task –
Definitely good for late night work if you’re already somewhat awake –
White MAC can’t supply the ready made get up and go energy like Durban Poison or Sour Jack but if you’re already somewhat in the zone White MAC can take it home. 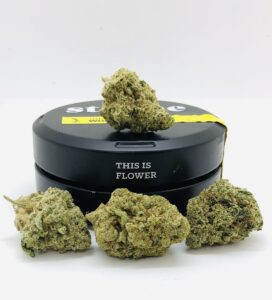 APPLICATIONS (MEDICAL + RECREATIONAL)
MEDICINAL;
Could help mitigate or alleviate. some symptoms associated with: 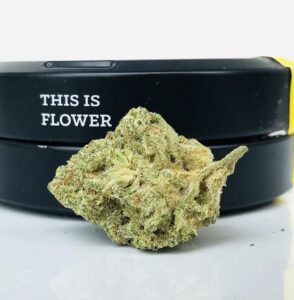 This was a very nice looking eighth of White MAC by Strane. It was mostly comprised of medium sized conical shaped buds that were fairly dense but not dry.  The flower itself seemed to be quite nicely cured from my point of view. The buds’ pistils were not in excess but definitely resinous and mostly found in random outcroppings in between dense folds of leaf material.

The notable characteristic in this batch of this strain is its trichome coverage, which it seems to have inherited from its parent The White.

AROMA:
NOTE: The White is somewhat known to typically have a distinct and characteristic lack of aroma. This seems to have spilled over on to Strane’s White MAC, which, despite its Miracle Alien Cookies genetics, also seems to be devoid of any overwhelmingly powerful or intensely pungent aroma.

The also seemed to be true for the taste or flavor of White MAC, which makes sense, pun not intended, since taste and smell work together to create a complete aromatic image so to speak.

That being said, I seemed to detect the following:

The Caryophyllene and Terpinolene are stealing the show with  .9% and .51% respectively. This is quite a dose of both of these terpenes known to facilitate physical relaxation and euphoria.

The Limonene, possibly from the M.A.C. genetics, offers a nice  cerebral uptick in energy and mood. 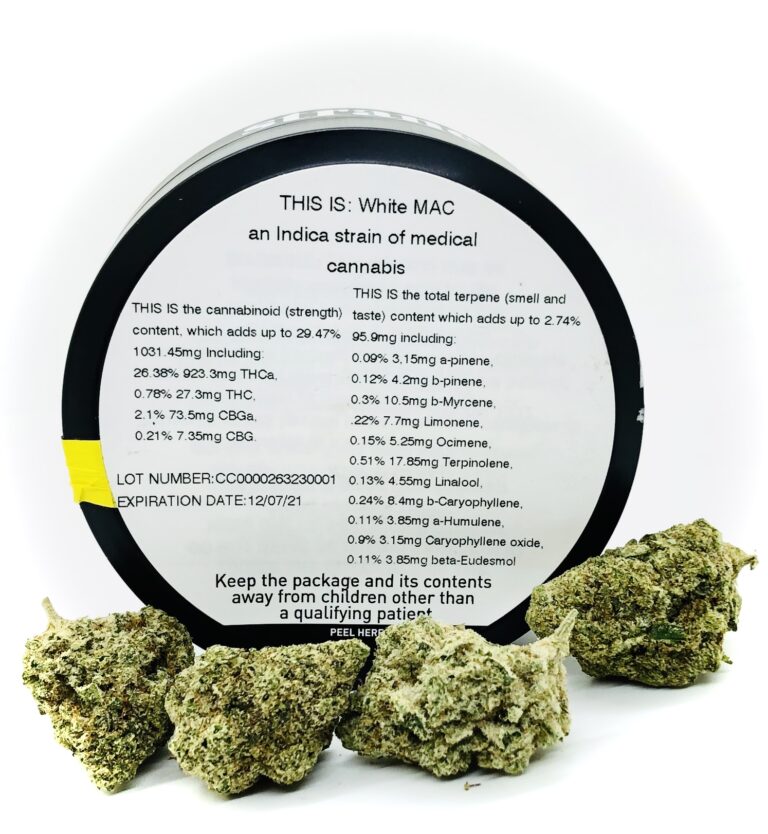 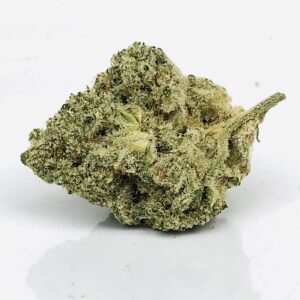 CONCLUSION:
White MAC by Strane, is an Indica hybrid mix of The White and Miracle Alien Cookies (aka MAC) which from its MAC genetics it can impart an uplifting and fairly intense cerebral euphoria that can elevate mood and increase focus, and at higher doses, its other parent, Indica powerhouse The White, can wrap you in a warm serene and stoney body high which a very soothing and deep physical relaxation and an overall feeling of serenity and well being. 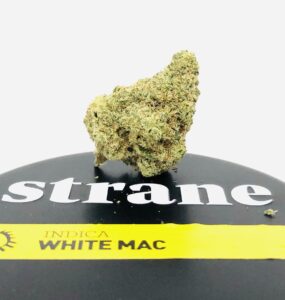 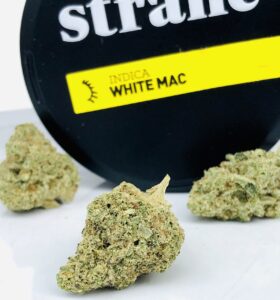 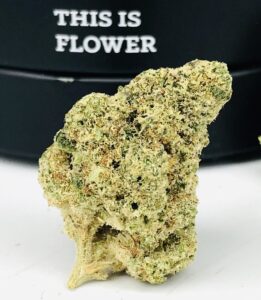