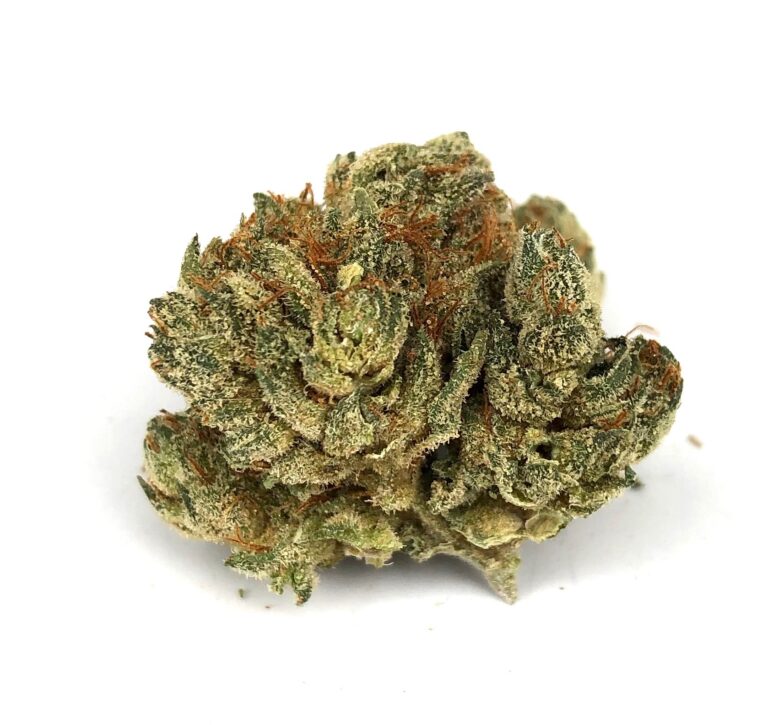 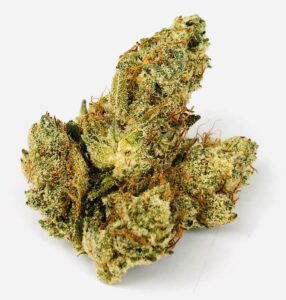 ^^ In higher doses/ IMO
*NOTE: Even though the cerebral activity is quite intense at first, it is soon dampened   by the onset of the physical high. Chem 91 X AD does deliver quite a jolt of cerebral activity but the Indica body high that this strain can deliver is even more intense and outweighs the initial cerebral flurry. This may be a good strain for those that suffer from anxiety and depression because it is so initially distracting and then the physical relaxation just enhances the soothing of anxious thoughts. 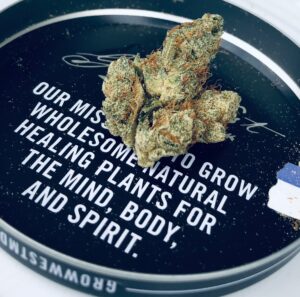 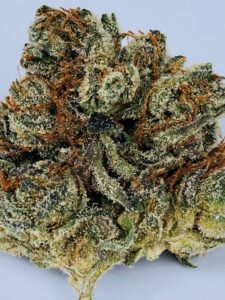 APPEARANCE:
This was a very fresh batch but I expect nothing less from Grow West. I’ve praised the freshness of their flower in the past. And, unless they alter their inner plastic wrapper with the Boveda pack inside, I think it will remain the same.

The buds were dense but not too dense, more like the exact amount of spongy recoil that you would want in a properly cured flower.

The 0.4% of Pinene and .36% of Delta-Limonene, which are also found in somewhat substantial levels in this batch, offer a good deal of euphoric excitement when Chem 91 x AD initially begins to take effect.

After successive sessions, or a higher initial dosage, this level of Myrcene can tend to overshadow the initial feelings of  creative inspiration, cerebral uplift, and motivational euphoria found in this strain.

I’ve yet to see this much Beta-Myrcene reported on any label of any strain thus far. I can say that its effect was intense. This concentration of Myrcene can’t help but impart a certain sedative quality to Chem 91 X AD. 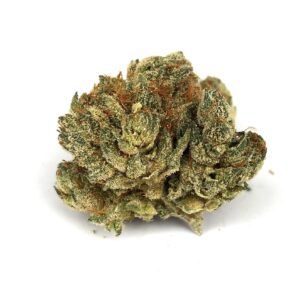 CONCLUSION:
Chem 91 X AD by Grow West is an Indica hybrid mix of the infamous Chemdog X Alien Dawg (itself a cross of Chemdog X Alien Technology) which can impart an immediate and intense head high, highlighted by an energized cerebral euphoria which after successive sessions, transitions into a deeply relaxing but mostly non-sedative body high, while still retaining the cerebral euphoria from its double dose of Chemdog genetics from both parents. 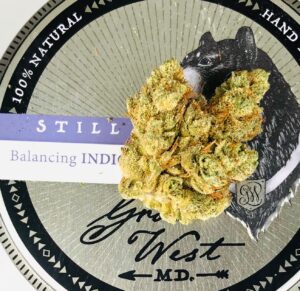 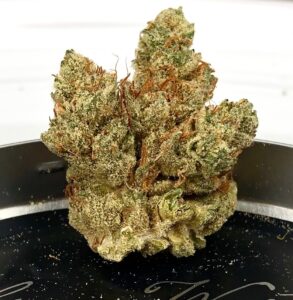 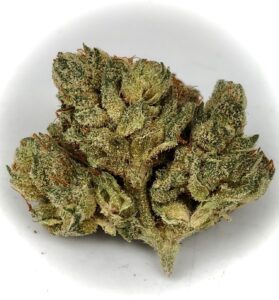 The Chemdog yes “dog”, more on that later) in Chem 91 x AD by Grow West is definitely the dominant parent here. And between Chemdog 91’s genetics (an unknown phenotype offspring from the original Chemdog) and Alien Dawg, which is one half Chem dog, there’s a double dose of those Chemdog genetics.

With respect to its energizing euphoria…

Chem 91 definitely can pack an intense wave of cerebral activity. It is however rather short lived and the majority of the experience was one typical of a relaxing Indica hybrid.

It was similar to Grandpa’s Stash in the way it seems to exhibit the best of both worlds, however, unlike Grandpa’s Stash, the cerebral excitement is the minor effect compared to the overwhelming physical sedation that one will feel after a nice session with Chem 91 x AD.

I think that Chem 91 X AD should be approached somewhat cautiously by novice/ inexperienced patients or those who are prone to anxiety. However, in smaller doses, and in the right setting, Chem 91 X AD’s cerebral and physical euphoria can facilitate quite an elevated euphoric distraction from overall feelings of generalized stress or anxiety.

It is easy to let oneself get swept away by the initial burst of psychoactive effects of this strain, but it is also easily modulated due to its ability to be both creatively inspiring and cerebrally euphoric in micro or small doses, yet able to produce a strong head and body high capable of leaving one comfortably stationary.