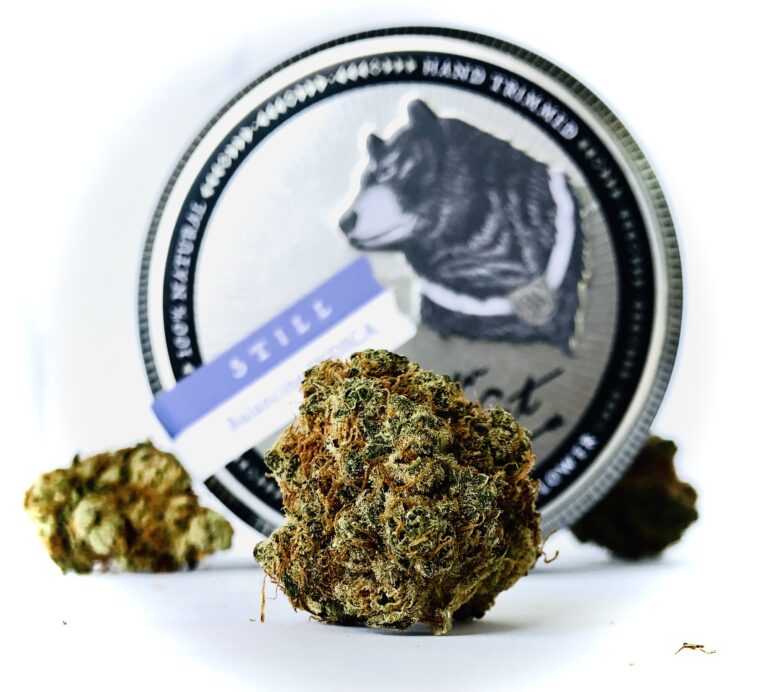 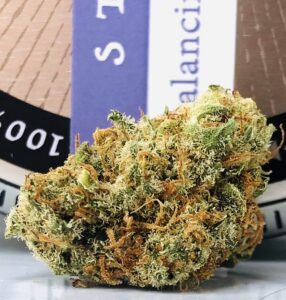 *Durban Poison’s contribution to Angus’ genetics is unmistakable as it is technically a partial back cross of the African Landrace which itself is an inbred cross of an unnamed South African Sativa strain. From the influx of creative thoughts to the paranoia often seen at higher doses, Durban Poison’s influence is in overwhelming effect in Grow West’s Angus.

BODY;
+effective anti inflammatory
+ some cranial and facial pressure
+ stimulates appetite
+inner body warming sensation
–dry “cotton” mouth
–/+ sedative at higher doses
+/– some deep “haze-daze” upon successive sessions which doesn’t cause confusion but rather a propensity to spiral into tangential thinking or “zoning in” the rabbit hole

NOTE: this strain’s potency and effects are fairly instantaneous and intensify with each session. 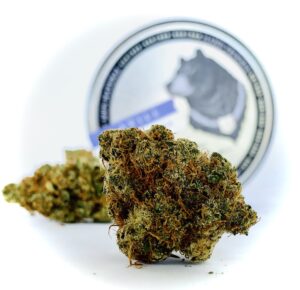 APPEARANCE:
Angus is a gorgeous strain with classic visual appeal. As cannabis strains go, and Indica strains in particular, Angus is one of the most beautifully looking, sumptuously tasting, and functionally potent that I have encountered. The variety greens and purples that make up the landscape are quite rich in hue providing a wonderful contrast for the notably extreme amount of fiery orange colored and resin dripping stigma/ pistils/“red hairs”.
Good For Bowls and Rolls
This strain breaks up and grinds down quite easily 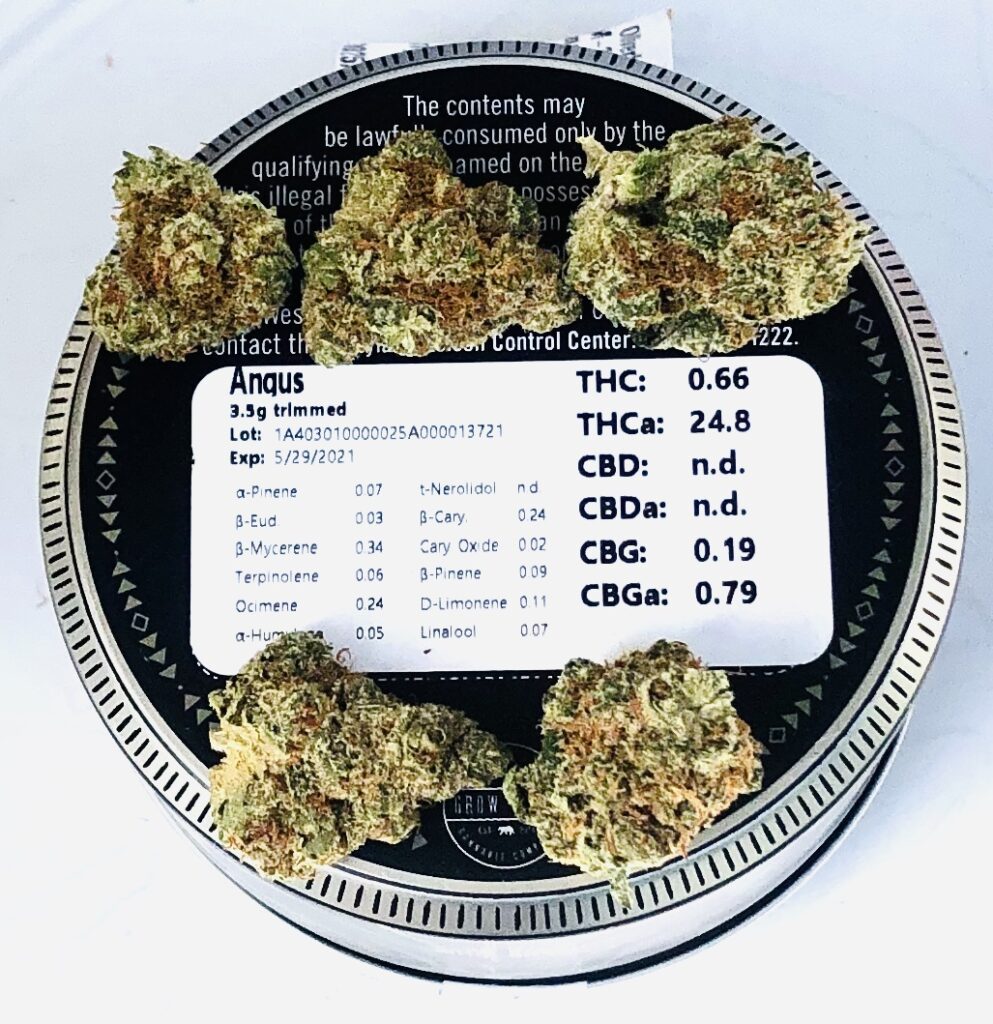 A Closer Look Inside…

What really moves the needle here it seems, is the level of caryophyllene albeit at levels that wouldn’t normally turn heads per se. Still 0.34% b-Myrcene is nothing to disregard and it really seems to be used to its full potential here. 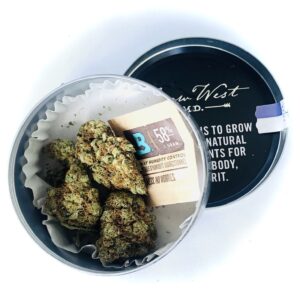 The overall terpene profile of Angus (at least this batch wasn’t particularly illustrious, however, it is a good example of the entourage effect.  With such solid genetics in its Durban Poison lineage, it’s easy to wonder what sort of incalculable magic of sorts is in the spirit of this strain. For me, personally, it evokes a strong memory of some of the more higher end strains in the mid-1990’s.

That being said, Angus has a certain almost energized physical high that seems to bolster this strain’s ability to both inspire and relax without sending you to bed.

Angus by Grow West, is an Indica Dominant hybrid cross of legendary Sativa strain Durban Poison and Indica hybrid Cookie Crisp, aka Cookie Crunch, with myriad of balanced effects including an energizing and uplifting mental euphoria, increased focus and creativity, balanced by potent and stress relieving body high that soothes more than it sedates.

It’s always interesting to come across a pedigreed strain from an established producer, sold by a local dispensary that you could almost swear you remember from back In the day. Angus, by Grow West, seems like one of these strains to me. If it weren’t for the strange smoked and cured meat /generic steak sauce aroma (my guess from a high percentage of Caryophyllene), you’d swear you’d had this strain before. It’s the feeling it gives you that, I suppose, has lead me to this notion, since it is so familiar indeed. The feeling I speak of is the state of being “stoned”. This word, although mere stale slang seems to describe Angus’ effects …at least in my mind. 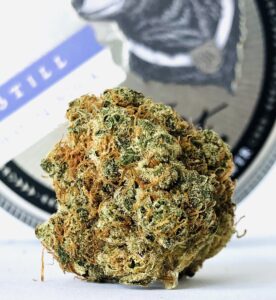 The strength of the Sativa influence that is surging beneath is harnessed by the calm waters of its Indica side which serves to make the Sativa genetics more functional. Rather than the ship, Angus make you feel like the ocean.
Angus offers experiencers fairly potent psychoactive effects which really showcase some of the best of what a classic Sativa experience has to offer: some energized and euphoric cerebral uplift, intensification of one or some of your senses, enhanced focus, creative inspiration, etc. and all without any of the anxiety, increase in heart rate, self-consciousness, or paranoia which is sometimes associated with, or attributed to, high octane Sativa strains like Durban Poison.
Instead, Angus will take you into orbit …but it won’t let you spin out like Major Tom…it will set you up in a nice outpost on a distant moon

…So you are definitely out “there”, exploring new worlds like the spiritual -psycho-naut that you’re all cracked up to be…But…you are calm, in control,and observing, trying your hand at zero G gardening and reading up on the downside of cryo-sleep chambers… not spinning out of orbit like some lost cosmonaut … Super Smooth comrades ….Aces GW 5/5 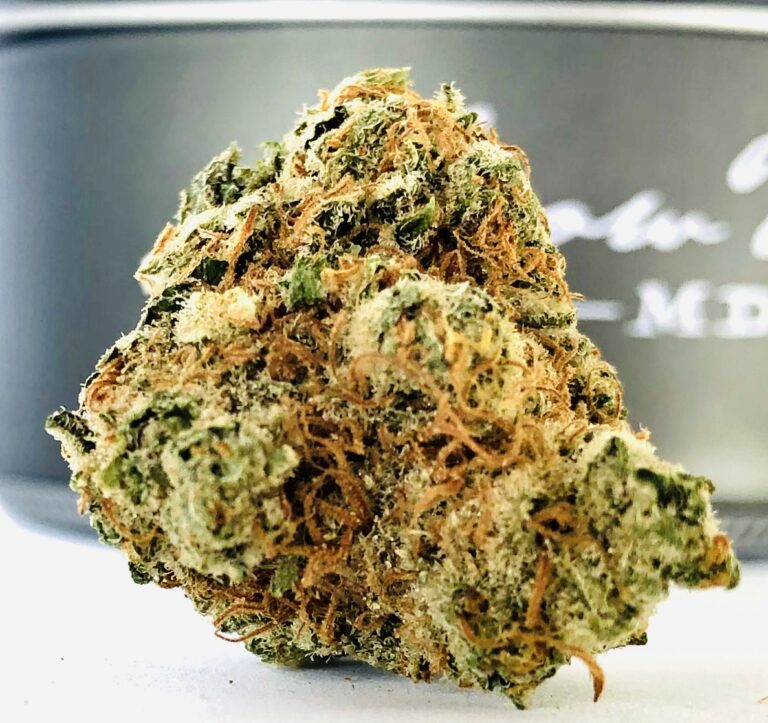 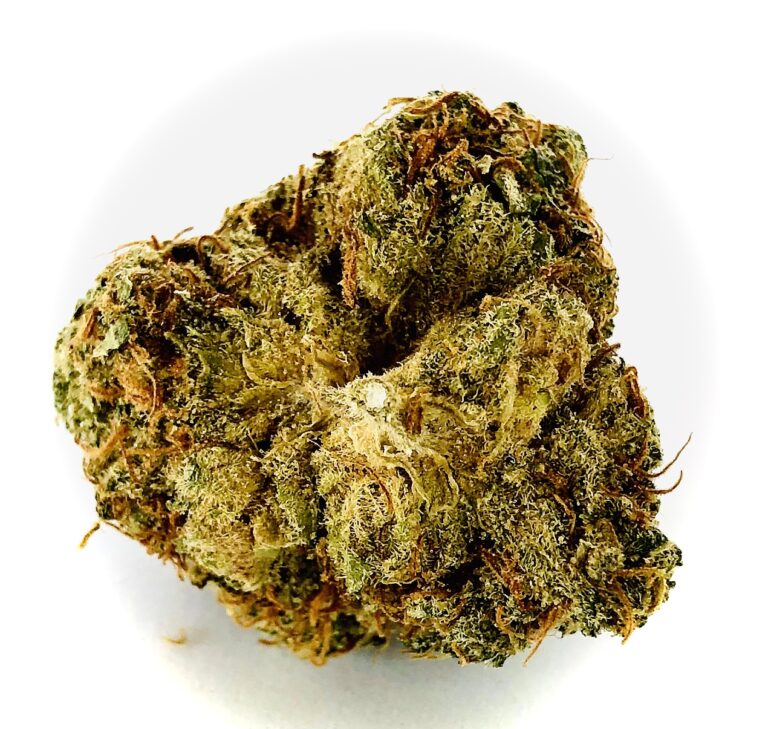