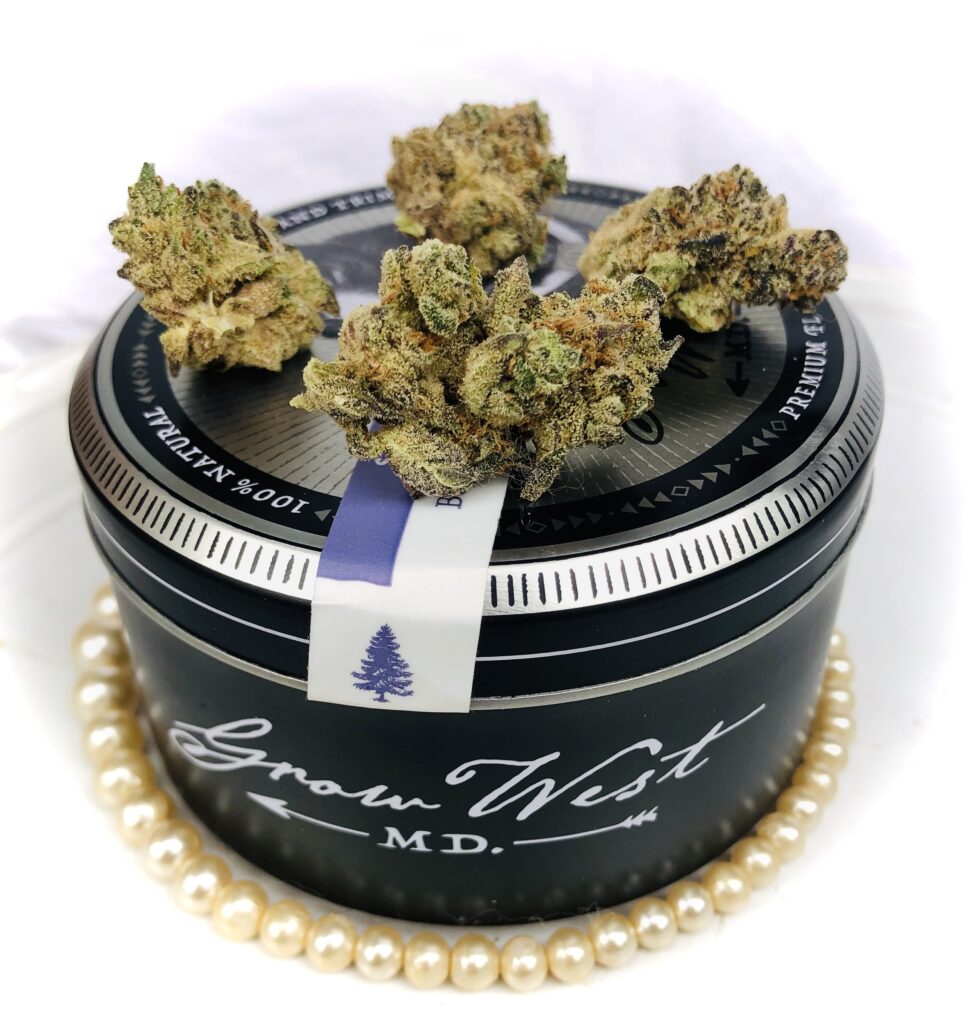 “…a potent relaxation that permeates throughout the body, spiked with bursts of a slightly energized cerebral euphoria courtesy of its Durban Poison ancestry” 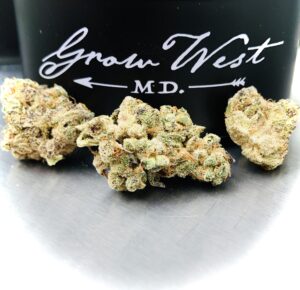 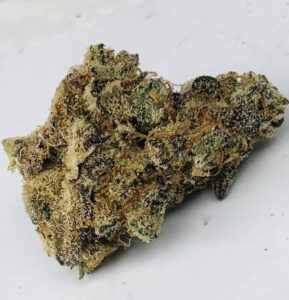 Grape Pearls displays a multitude of shades of green and purple throughout a densely packed landscape covered in crystalline trichomes. There are pockets of clumped pistils/stigma/”red hairs” randomly interspersed between the mottled surface.
These are very chunky nuggets that aren’t the easiest to break down by hand.
I’m not big on using grinders for few reasons I’ve stated before: for the purposes of discernment when reviewing different strains, I don’t like to run the chance of mixing them together.  Plus, I think, for the most part, grinders do what they advertise, they grind. In fact they pulverize and I fear losing preciously delicate trichome material.  Yes, I like “kief” but I’d rather see the whole show first …make sense?
However, when it’s necessary, it’s necessary and with Grape Pearls needs to be pulverized in order to get something workable at times. So…Good For Bowls and rolls when properly ground. 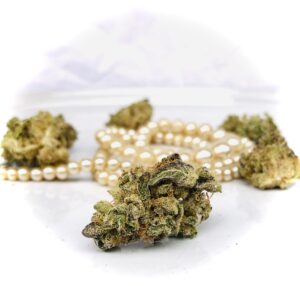 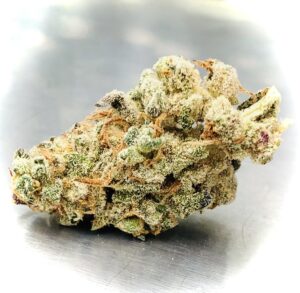 APPLICATIONS (MEDICINAL + RECREATIONAL):
Could help potentially mitigate, or alleviate symptoms associated with or caused by: 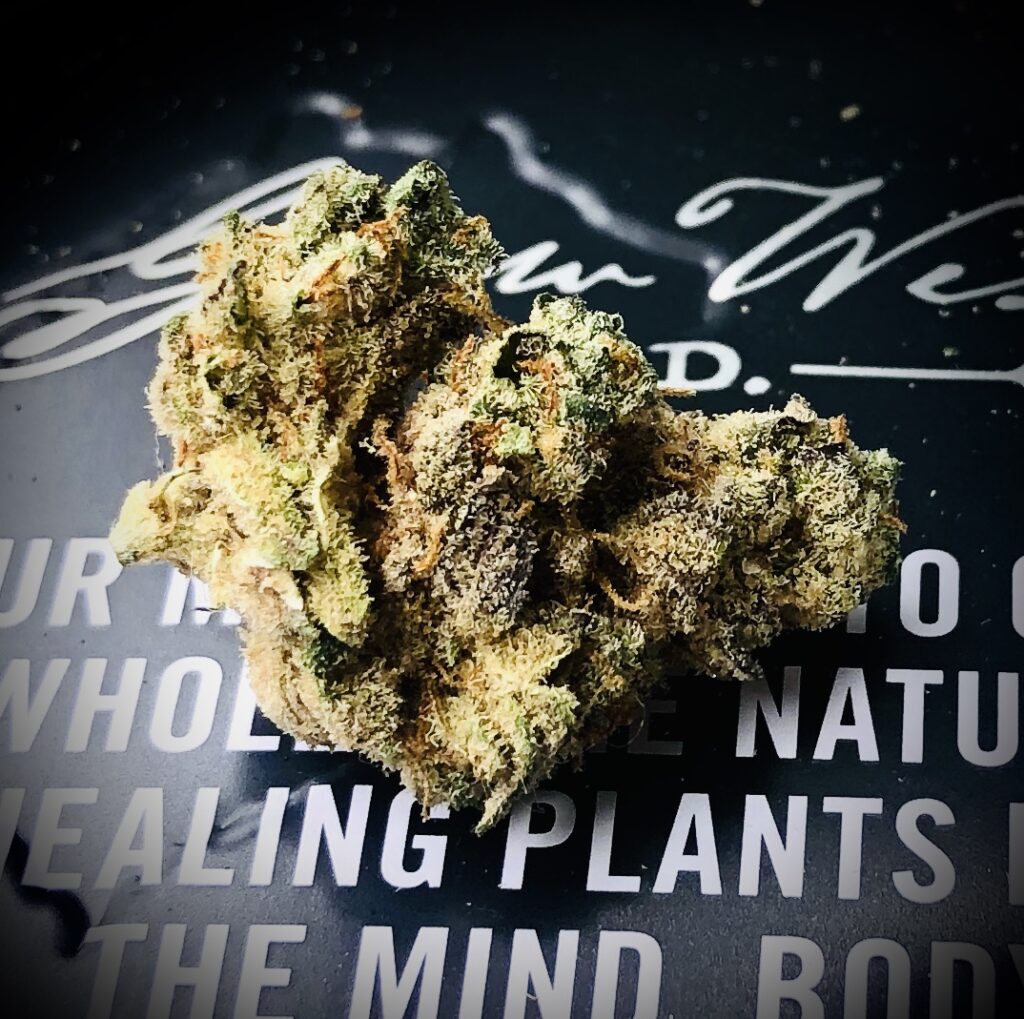 The Myrcene is high as well as the Caryophyllene  and they predict a deeply relaxing effect, which Grape Pearls definitely provides. The Limonene isn’t far behind and can be felt in Grape Pearls’ euphoric uplift. 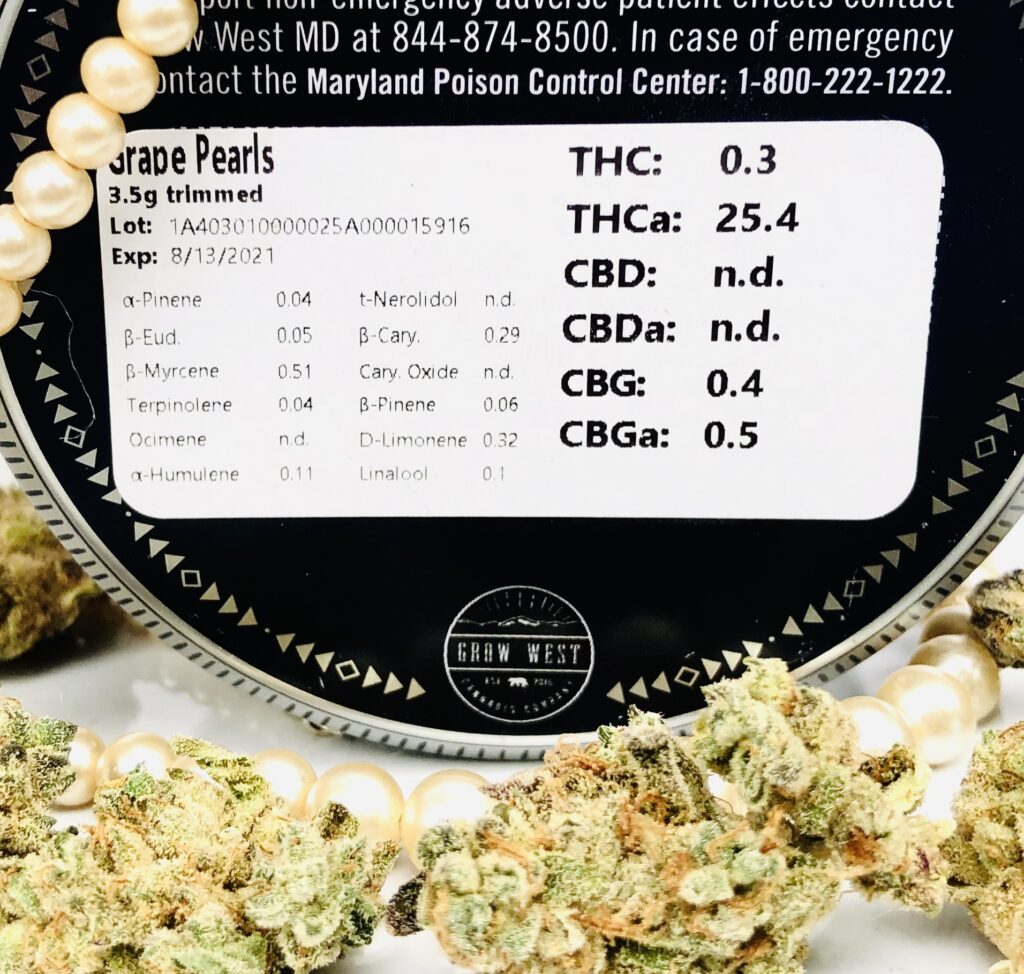 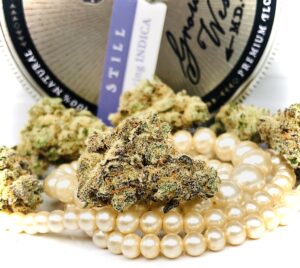 CONCLUSION:
Grape Pearls by Grow West is ia very “balancing Indica” hybrid offspring of Grape Pie X Silver Pearl, with a potent relaxation that permeates throughout the body, spiked with bursts of a slightly energized cerebral euphoria courtesy of its Durban Poison ancestry, and a progressive wave of overall calm (possibly from its Northern Lights and Stomper genetics) ultimately providing a balanced cerebral and physical euphoria. 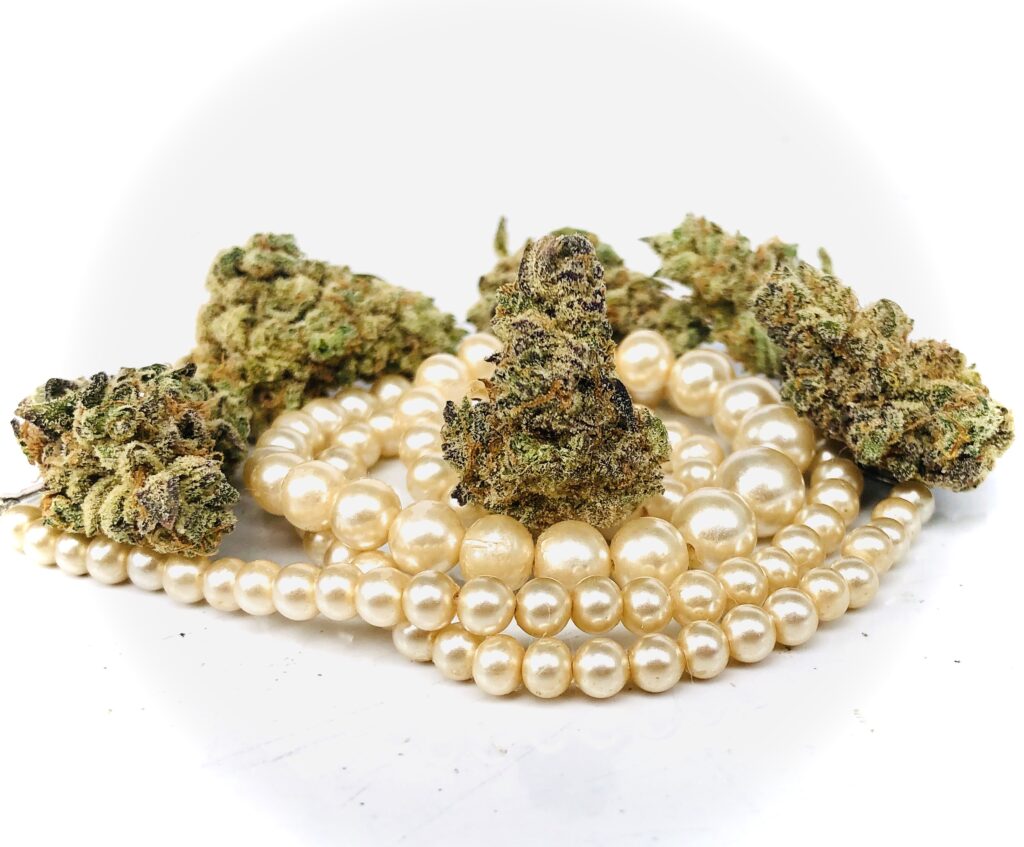 Much like Grow West’s Angus, also classified as an Indica, I found Grape Pearls to have definite pronounced traits of its Durban Poison genetics. Grape Pearls, like Angus, has within its effects set a decidedly uplifted energized euphoria. This seems to present itself in spurts or bursts throughout the arc of the high. 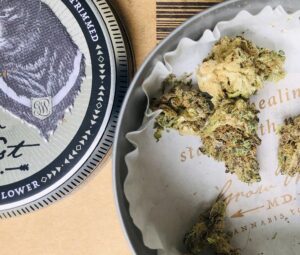 I believe this is attributable to its Grape Pie parent, a strain also characterized by intermittent waves of uplifted euphoria, again reminiscent of its Durban Poison ancestry.

The level of Limonene also works to counteract the feelings of anxiety associated with a strain like Durban Poison who’s high energy cerebral effect can jolt some.

That being said, I’ve also used Grape Pearls to end the evening, but in retrospect, I would much rather leave that duty to a strain like Ray Charles or Dosidos. 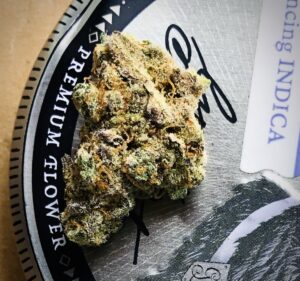 I did have a bit of a time wrapping my head around the overall personality of Grow West’s Grape Pearls, but every time I ended up going back for another session…and not because I couldn’t gauge a feeling, but because it felt so good.

Grow West’s version of this strain seems to take most of its visuals from its Grape Pie parent and I would say this also goes for its set of effects. 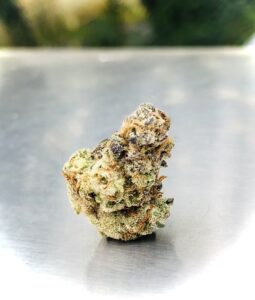 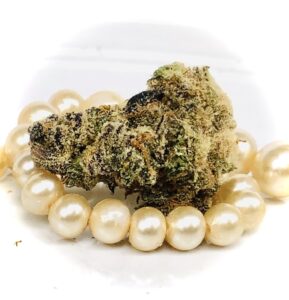 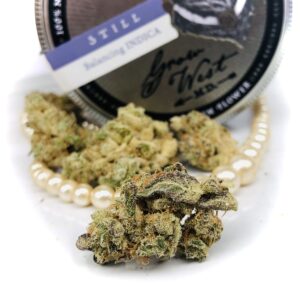 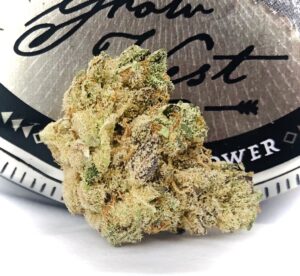