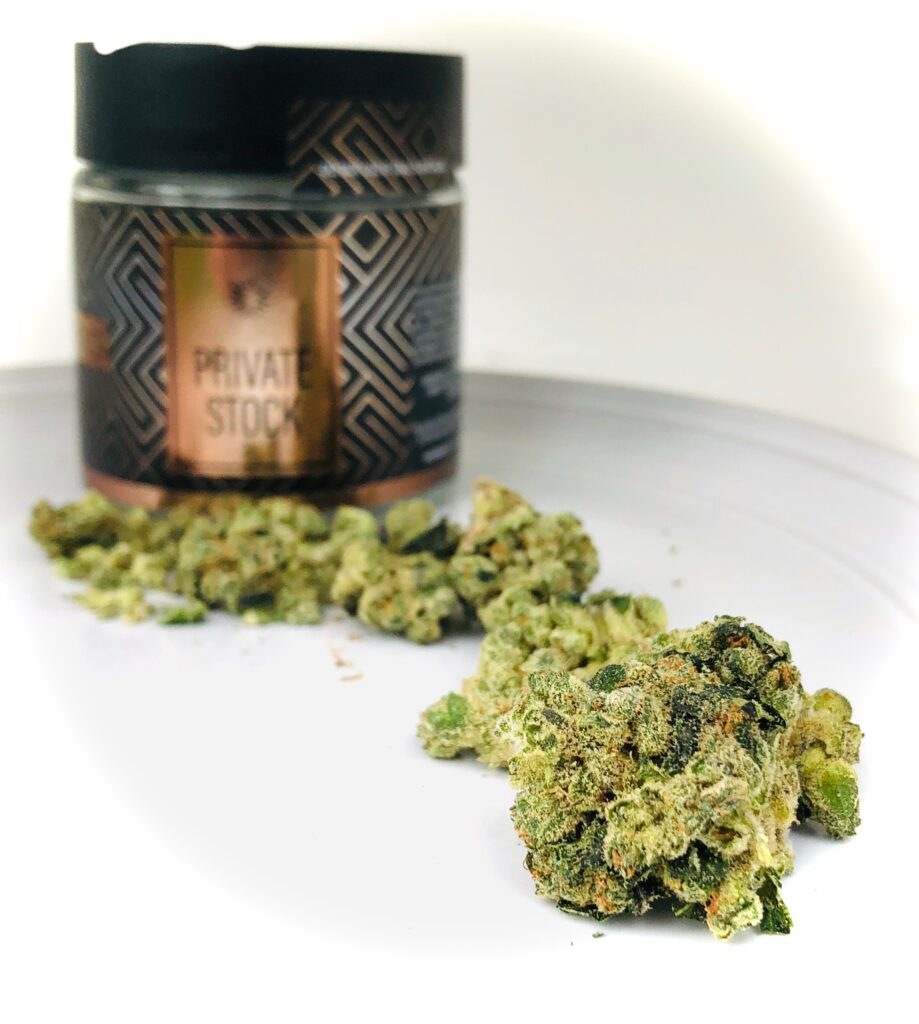 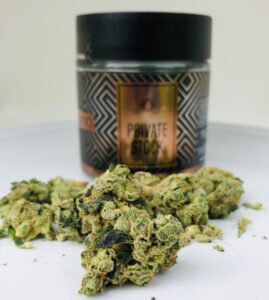 APPEARANCE:
Airy, crusty, mature looking calyx with smaller buds clinging on. Has almost a fluffy popcorn looking buds for the most part with usual at some very large buds (at least one very chunky bud) and some smaller to medium sized satellite popcorn buds.
Buds appear fluffy but are very crusty on the outside and very dense inside. in an average Verano eighth. This seems fairly consistent in my experience
Good For Bowls and Rolls
This strain breaks up and grinds down quite easily 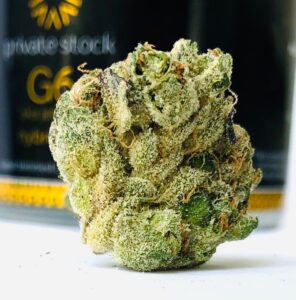 Over days this sort of becomes a bit rank in a good way definitely signifying its dankness but it is certainly probably off putting to some, myself not included…in fact to me, this simply signifies goodness..having had Verano’s G6 twice now…it’s sort of has a pungent sharp aroma..this batch has more of a petrol/ fuel/ gassy/diesel mixed with fermenting berries and just a touch of juniper pine needles…quite nice…as the week drew on and I attended to other matters it became more of a skunk fermented berry with even bit more noticeable juniper aroma…almost the same just more pungent with a sharper edge of stank.
TASTE: 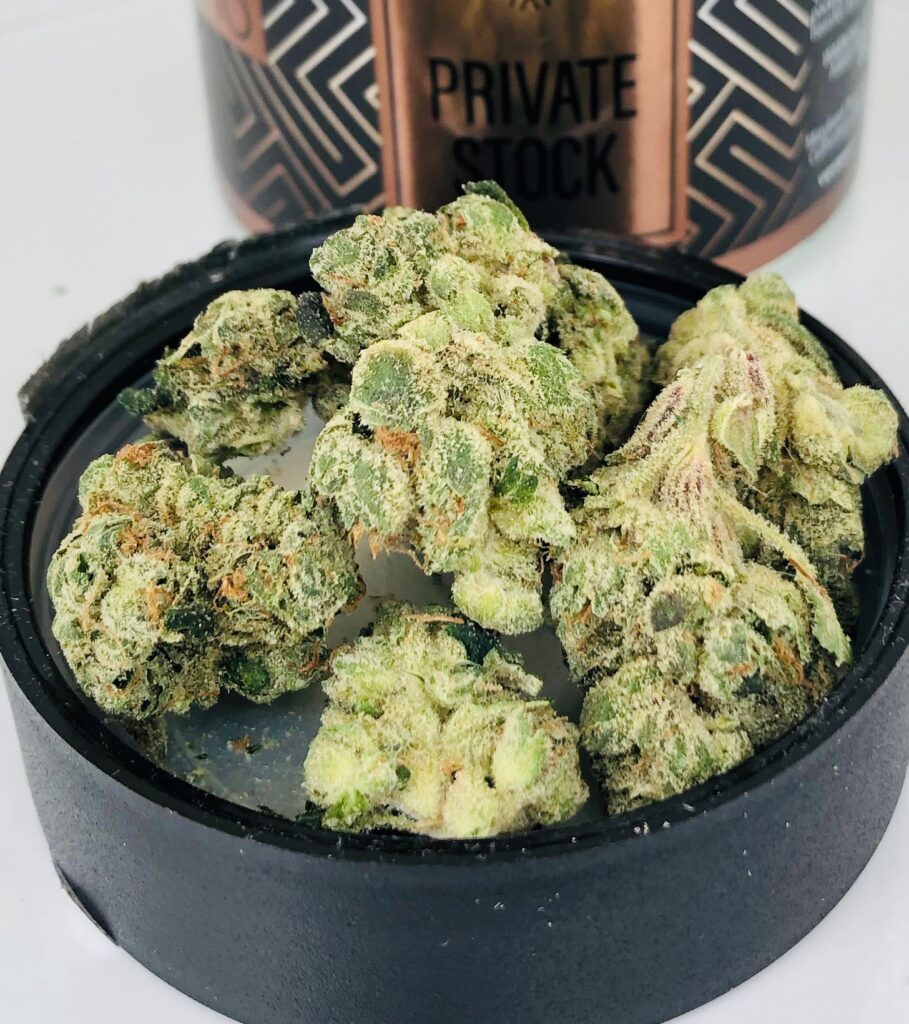 Inexperienced patients or those with the low tolerance specifically a low tolerance for high energy cerebrally active sativa strains that may precipitate anxiety may want to steer clear of G6 jet fuel.

That being said, G6 is obvious choice for those suffering from acute anxiety disorder attention deficit disorder depression mental fatigue physical fatigue general malaise or a general lack of inspiration. 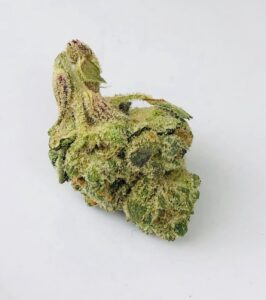 MEDICINAL APPLICATIONS:
May help mitigate or lessens symptoms associated with;

A CLOSER LOOK AT WHAT’S INSIDE…
The opacity of the trichomes gives evidence to G6’s wide spectrum of effect from clear/ cerebral to milky/physical effects.: 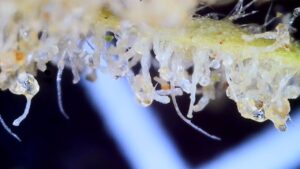 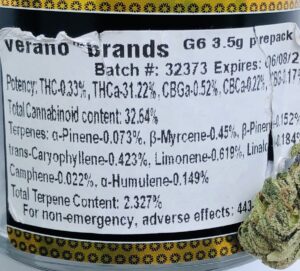 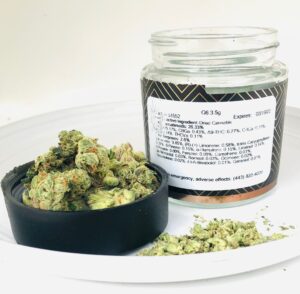 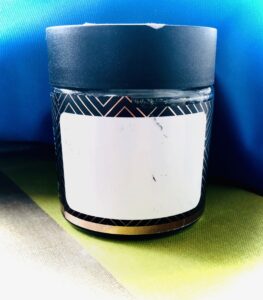 Say wha??? Ok so to be fair I think Verano has really good intentions here and I believe whole heartedly that this move from paper printed adhesive labels on top of the normal branded paper- foil label, to the laser print on the single paper-foil label, was intended to reduce paper consumption and thus waste.

And, I’m sure it saves them some unnecessary expenditure as well.
But it stands to reason that with more people using alcohol based hand sanitizers this type of laser ink on a glossy paper-label has about as much permanence as erasable marker on a white board.

So, if you purchase some of this amazing flower from Verano, and the testing label with terpene and the info is important to you, you may want to take a photo, or better yet bookmark this page. Because, you may go to look at it and it just may not be there, where Verano left it.

Another point of interest on this newer 1/8th of G6. The strain crosses are not displayed…at least not on the Private Stock jars.

I miss this and find it to be quite useful for obvious reasons. But, once again, I will do my best to provide this info on this site. 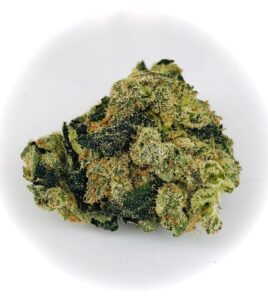 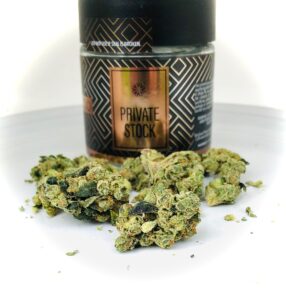 CONCLUSION:
G6 aka “Jet Fuel” by Verano is hybrid of Aspen OG X High Country Diesel. True to its more casual name, “Jet Fuel”, G6’s pronounced and most notable quality is its ability to provide a cerebrally invigorating, uplifted, head-high which can stimulate creative thought and elevate the mind.
Its Aspen OG genetics supply the fuel for this jet’s journey to the center of the mind, offering a sublime and elevated mindset that seems to brim with enterprising thoughts as a full-tilt mental energy dominates the experience.   G6 more physically relaxing properties are drawn from its High Country Diesel parent, offering  immediate sensations of ocular and facial pressure as well as a warming sensation.
Ultimately the high expresses itself as rather stoney- body buzz which seems to wrap the cerebral energy in a cocoon for safe keeping; relaxing the body and then the mind while diverting physical pain.

The more sedative qualities of G6 are unlocked at higher doses and have the potential to stimulate appetite and promote sleep for some. physical relaxation and calm that usually only tends to lead to sedation in higher doses or after successive sessions proving itself to be useful throughout the day.

THE LONG ROAD HOME (my toke…)

Much can be said of the psychoactive cerebral stimulation with G6 “Jet Fuel” strain. For one thing the effect is immediate and can feel like a stimulant of sorts. It seemed to begin with a rush of ocular pressure and an instant later the cerebral uplift was felt. 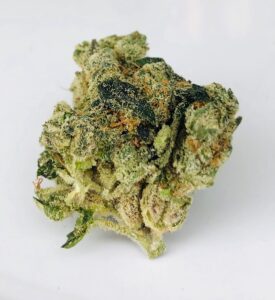 In my opinion the overall effect of G6 “Jet it depends on what sort of mindset or how fatigued one may be when medicating with at the time…such is often the case with most strains and generally speaking with the effects of marijuana on the whole…especially when combusted and inhaled…
In the morning it seems to increase heart rate, speed up the thought process, assist in pattern recognition, and augment mental focus on the whole as well as providing progressive waves of positive euphoria with uplifted sensations or emotions.

Some of the physical effects of G6 are a bit subtle but definitely present and more noticeably pronounced in higher doses.

At the start and before your first exhale the rush of cerebral stimulation washes over you as G6’s richly dank and beautifully acrid fuel and fruit mixture lingers a bit foretelling its heavy hitter status and predicting an intensely potent effects that novice experiencers or those with lower tolerances may want to either avoid or at most micro dose.

Immediately after something will come to your now heightened sense of perception and you will dive deep with much vigor and enthusiasm as you feel subtle reminders of G6’s accompanying euphoric body buzz keeping you interested and on task. 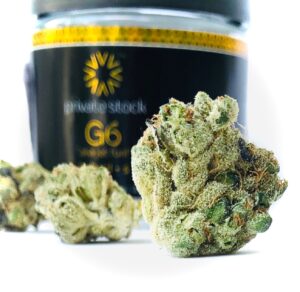 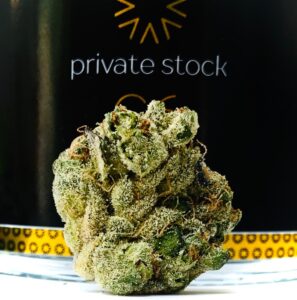 those dealing with procrastination and depression for that matter.

G6, aka “Jet Fuel”’s effects set is, to me, somewhat reminiscent it seems of two other Verano “G-Line” strains, Sonny G and G wagon, which makes sense, since both strains have G6 “Jet Fuel” in their genetics.

Any strain with a name like Jet Fuel is most likely going to split the room a bit between those who expect a jet fuel a high-energy uplifting Sativa and others that may pass on trying G6 with concerns of paranoia and mental distress as well as a racing heart.

I don’t believe is this polarizing however since each successive session seems settle back into another even more steady feeling groove that ultimately feels like a full head and body stone with definite degree of functionality and mental acuity still in place.

Because if it’s broad spectrum effect-set, G6 is a very workable strain on many levels. However, one should take note of G6’s initial high energy and potentially cerebrally jarring quickening of thoughts and ideas…
After this plays out with successive sessions and you’ve started to unlock G6’s more physical effects this hyper fuzz head buzz does level off a bit as your psyche begins to adapt to the brightening influx of cranial activity…

And then, strangely at some point after a plateau of the effect is reached, and after continual successive sessions, things shift once more, as the high country diesel begins to gear down and the Aspen OG spreads a connective network of physical euphoria that mellows the body.

A mild ocular pressure, that seems to coincide at the exact moment of exhale. This is your first physical indicator that G6 is going to take you to a new head space. 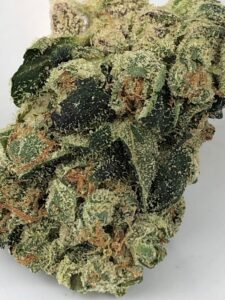 There is even some possible appetite stimulation and, in higher doses, in the evening, after a long day it can provide some sedative qualities as well.
However G6’s true balance is its ability to energize the psyche, lift the spirit, stimulate creativity, and enhance focus while a mellow body stone rides sidecar supplying a stoney body buzz that is more relaxing than sedating, letting you retain focus and creative inspiration instead of becoming couch-locked or unmotivated.

Prop 4…It finally passed, What Now?