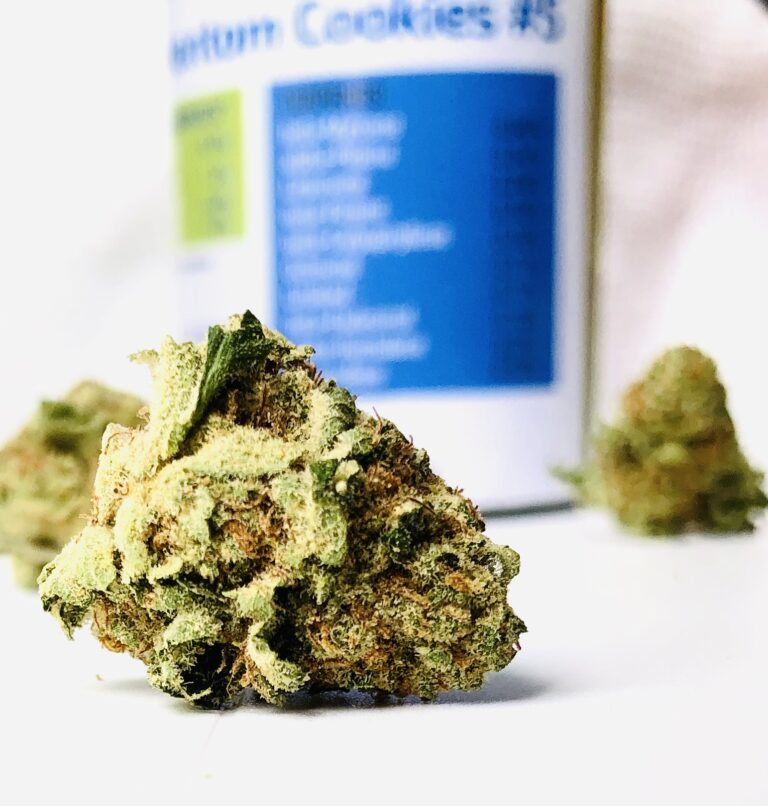 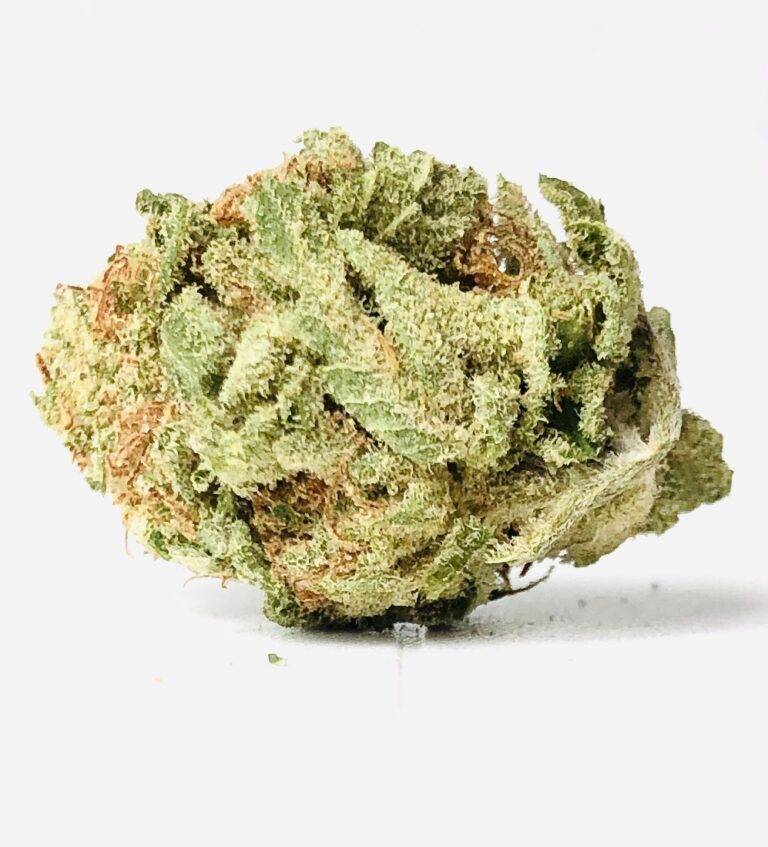 "...(Phantom Cookies')initial cerebrally euphoric uplift was accompanied by an elevated heart rate and a feeling of expectant excitement." 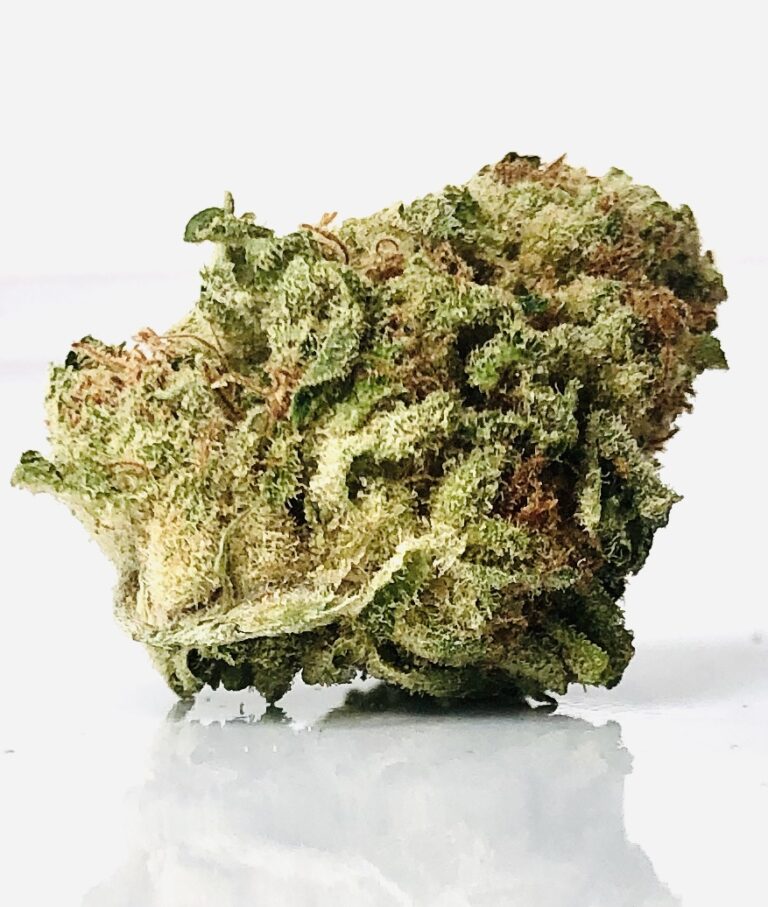 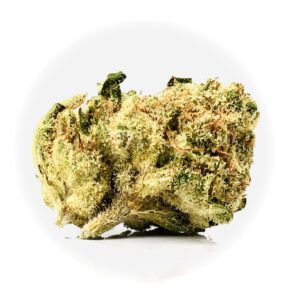 Good For Bowls and Rolls:
Roughly trimmed sugar leaves can be a bit scraggly but they conceal a much denser Bud that definitely will require the help of a grinder to properly break down 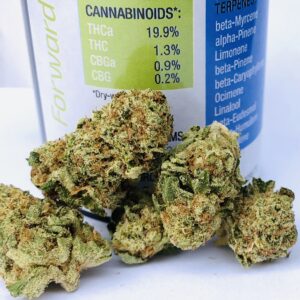 As you can see limonene and b-caryophyllene lead the pack here with .48% and .28% respectively. I feel the pinene could have been higher and provided more of a psychoactive experience overall. 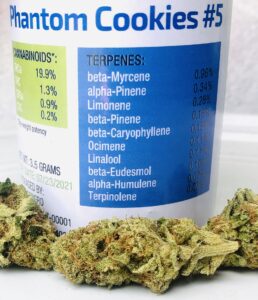 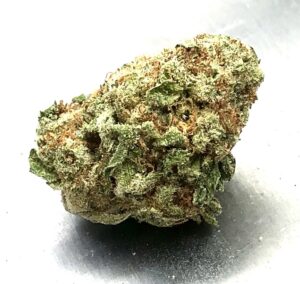 CONCLUSION:
Phantom Cookies #5 is a Sativa leaning Sativa/ Indica hybrid created by breeding Grandaddy Purple x Cherry Pie (itself a hybrid of Grandaddy Purple x Sativa legend Durban Poison ). Phantom Cookies’ effects present rapidly (sometimes before the first exhale) with some light headedness and ocular pressure immediately followed by a rush of cerebral energy carrying feelings of an excited and energetic euphoria. Some of the qualities of this high-altitude cerebral stimulation can be felt in an increased ability to focus,  an elevation in mood, a propensity toward creativity and free associative thinking, and a generalized intensification of details that were once seemingly bland or overlooked.

After roughly 45 minutes to an hour the effect transitions to more of a classic “body high” trading frenetic cerebral activity for a more physical euphoria, which is suited for relaxing overworked muscles, easing tension, increasing appetite, and promoting sleep. 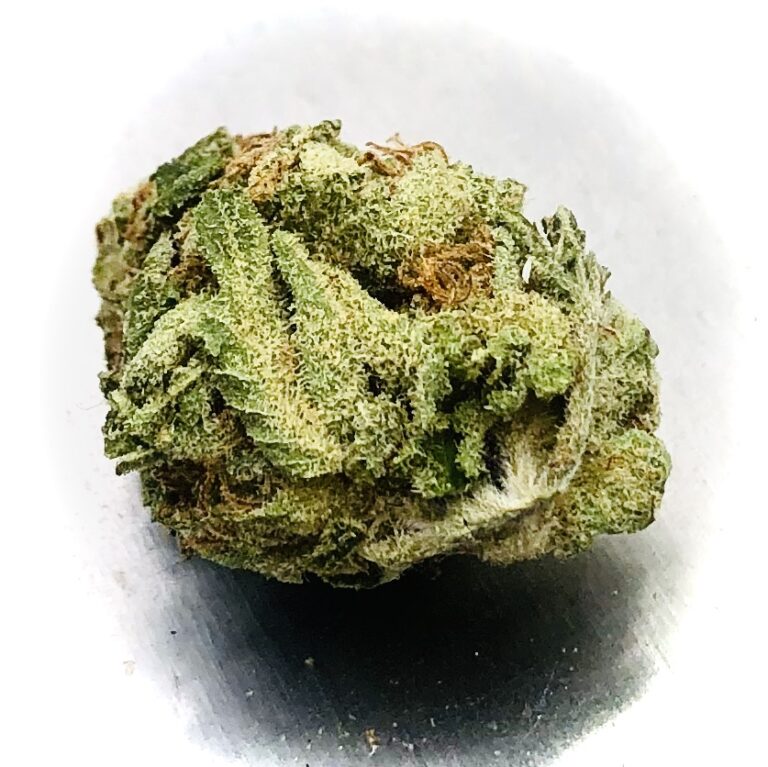 I first medicated with Phantom Cookies #5 very early in the afternoon. I found it to be both cerebrally uplifting and dreamily relaxing. The initial cerebrally euphoric uplift was accompanied by an elevated heart rate and a feeling of expectant excitement.

After the initial rush I found myself more interested in the task at hand and my focus felt honed to razor sharp all the while feeling the pleasant ocular pressure and some lightheadedness.
I was in fact, inspired to write this review among other things. 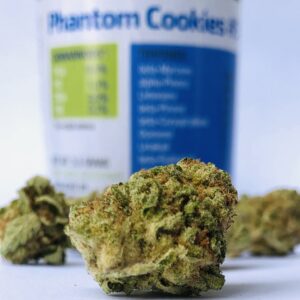 However, after a few successive hits I could feel the Myrcene step up and take a swing. My eyelids were feeling heavier if I allowed them to. Thankfully I had some coffee and plenty of work to keep me engaged. But, there definitely is something to Phantom Cookies being considered by so many to aid in sleep or help aid in a feeling of sedation. 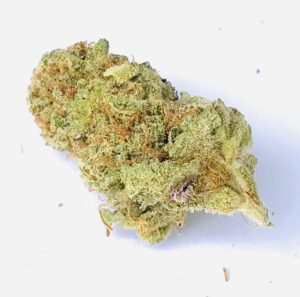 This is because of the transition of effects from cerebral to physical. The enhanced focus and tendency to find the mundane interesting was definitely still present, but along with it was felt successive waves of physical relaxation and appetite stimulation.
Even at roughly 20% this strain swiftly engages your senses. Immediately, and while exhaling, you will feel a head rush energized by a feeling of anticipatory excitement. 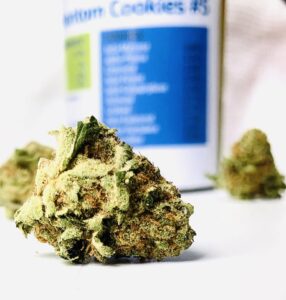 This seems to be the direct result of its Durban Poison genetics courtesy of its Cherry Pie parent..
I would say under certain circumstances, Phantom Cookies, at least #5 may be a little more Sativa leaning than one would expect.
Yes, beta- Myrcene weighs in heavy here, but the level of Limonene is almost as high, and its jolt of energy and mood elevation is definitely expressed in this batch. It is for this reason that I can say that Phantom Cookies #5, at least this batch, offers quite a balanced hybrid experience. One that begins with an energized rush of cerebral activity, increase in focus, and mental euphoria transition into a dreamlike physical euphoria.

In many ways, Phantom Cookies is emblematic of all that is possible with cannabis. Depending on the time of day and the mood your in, Phantom Cookies may surprise you with its initial level of psychoactive activity tendency to find interest in the mundane.

I will most definitely purchase Phantom Cookies again and hopefully produced by ForwardGro. I say this because I just think they did an incredible job of representing this strain and all its purported effects.  ForwardGro seems to have stayed true to what Phantom Cookies is meant to look and feel like. 5/5 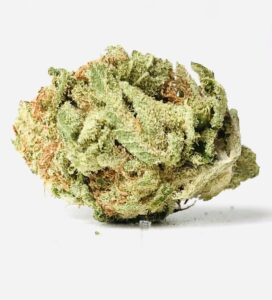 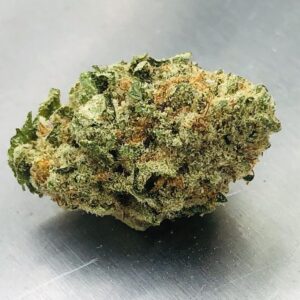 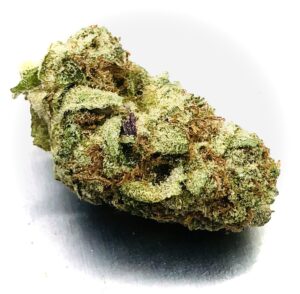