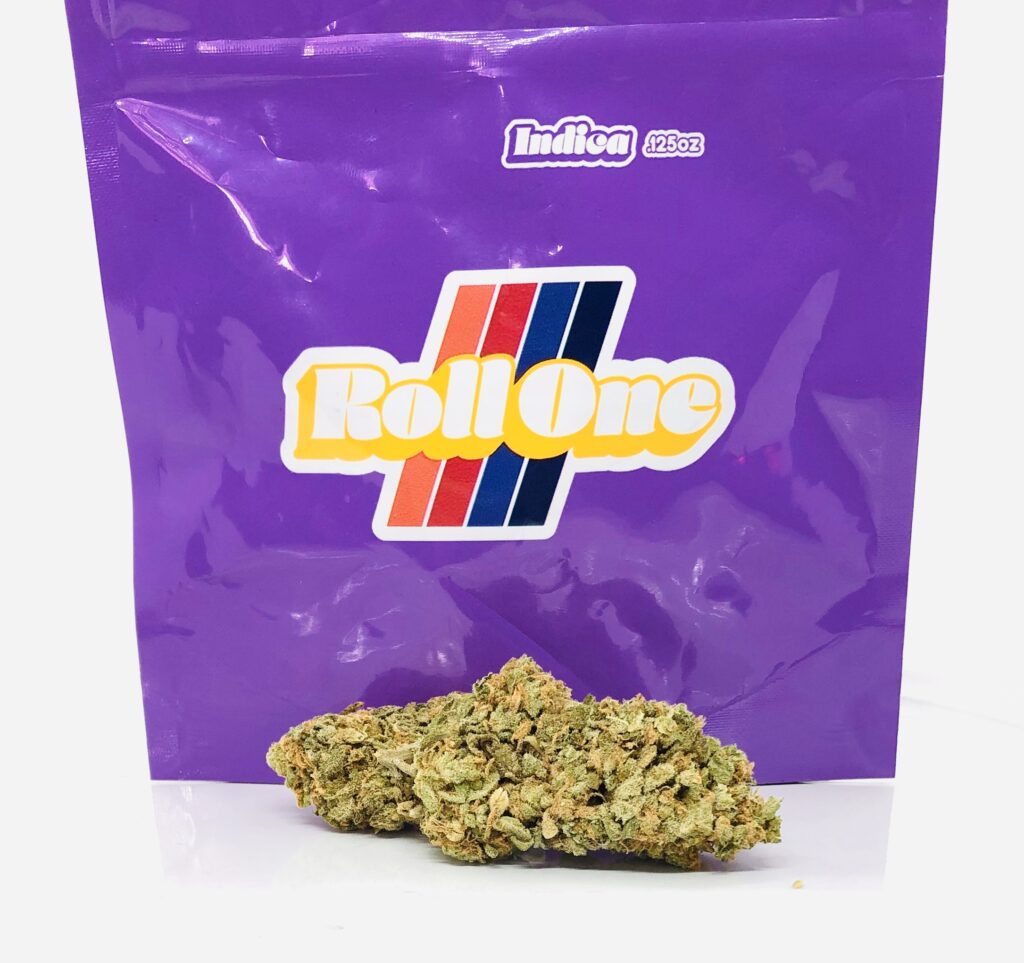 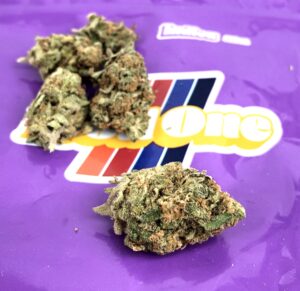 APPEARANCE;
My initial impression of RollOne’s Critical Sensei Star was that its light sage green leaf material was contrasted nicely with very pale orange to light pink stigma/pistils/”hairs”. The trim was what I’ve come to expect from Harvest/RollOne: sometimes a bit rough around the edges but mostly trimmed with care.

The buds were quite dense upon further inspection and presented a bit of a clumping issue when I began to break it down by hand and even with scissors. Also, once ground and rolled in a joint I found it a bit difficult to keep lit until the eighth thoroughly dried out a few days later.

The trichome coverage was fairly heavy and mostly consistent over the buds’ surface. It appeared to be predominately opaque and cream colored predicting a bit of a cerebral head high along with the expected physical high.

Good For Bowls and Rolls:
Small to medium sized buds are actually more dense than they appear. This strain is best broken down using a grinder or by hand once it has completely dried. 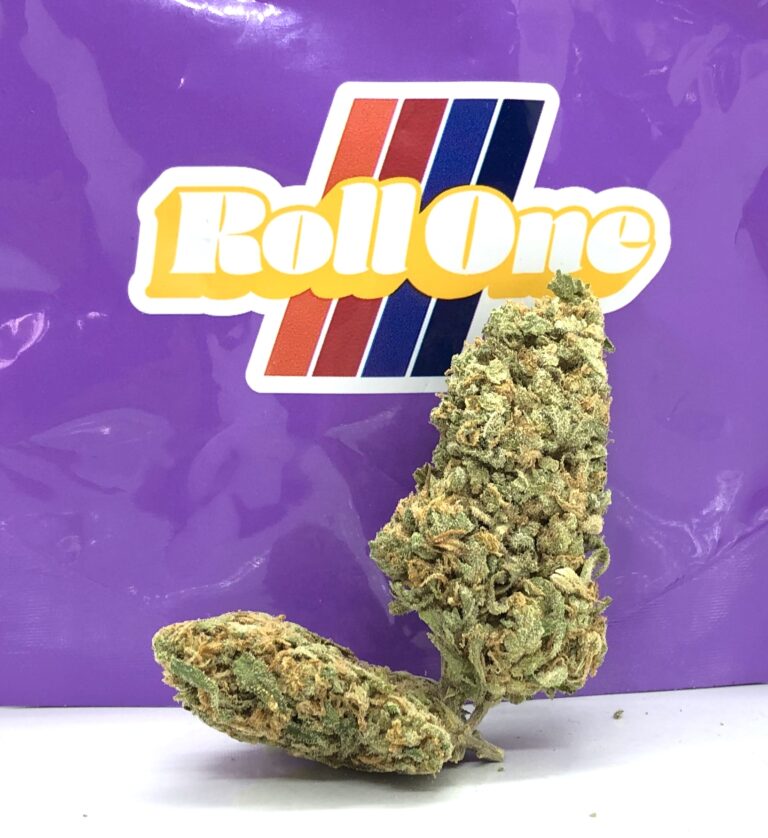 NOTE: Critical Sensi Star’s effects come about after a short delay (about 5-15 minutes depending) and although this delay was somewhat inconsistent, it can possibly be considered to have a creeping effect overall.

+ micro dose (1 deep  inhale)
++ medium dose (2-3 large inhales)
+++successive sessions over hours 6-12 (med-large inhales)
**I did, in fact, experience these somewhat psychedelic effects, most noticeably time distortion when the time elapsed was shorter than I perceived it to be.
But despite this, CSS seems is less of a jumping off point for exploratory cerebral activity and better suited for a relaxing evening watching movies etc.

However, in this batch the levels of alpha and beta pinene are quite concentrated and could provide some potential anxiety for those sensitive enough and who may partake without respecting the “creeping” effects overall. 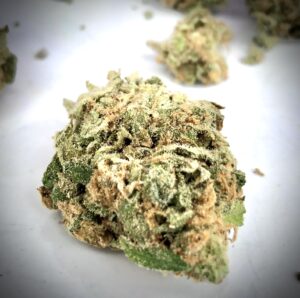 MEDICINAL;
could help to mitigate or possibly alleviate  symptoms caused by or associated with:

RECRETIONAL;
Could lend itself to the enhancement of:
* Creative activities/pastimes depending on dosage and level of physical and mental energy at time of ingestion
* Repetitive work that requires sustained focus and effort (painting, needlepoint, etc.) *but most likely you’ll be up for something more engaging.
* working out (pre maybe / post definitely)
* Gaming *not a gamer per se but I am enough to know this would be great
* Watching movies 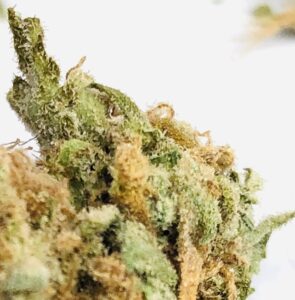 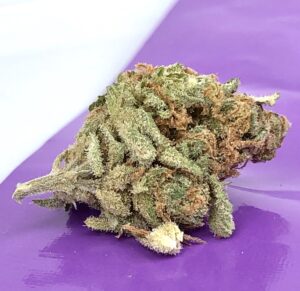 MYRCENE:
The Beta-Myrcene is the highest in concentration and definitely provides a good deal of muscle tension relief and a deeply relaxing and mellow physical body high that really give Critical Sensi Star its backbone.

As you can see the levels of alpha and beta pinene are quite concentrated here. Whether talking about Alpha or Beta Pinene their theraputic benefits are shared. Pinene (both alpha and beta) is a brochodilator, an anti-bacterial, an anti-fungal, and has shown to be useful when paired with some medications used in chemotherapy. 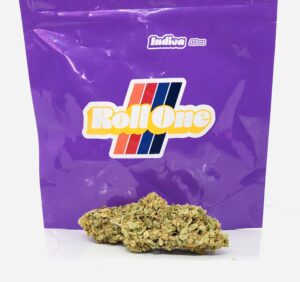 PINENE:
Pinene can offer some cerebral intensity and can provide some potential anxiety for those sensitive enough, especially those who may partake without respecting the “creeping” effects of Critical Sensi Star when it contains this level of Pinene.
There are other considerations with this level of Pinene:
Those that experience seasonal allergies, or a sensitivity to pine could potentially experience seasonal allergy symptoms when medicating.
Pinene can increase mental alertness, clarity, and overall cognitive activity. it can also precipitate the surfacing of long term memories and possibly enhancing their clarity. So, patients that suffer from PTSD may want to consider this factor. 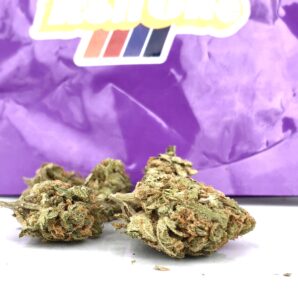 LIMONENE:
The Limonene here is quite substantial as well rounding out the top 4.  Limonene is technically formed from Pinene.  Limonene’s benefits include: anti-anxiety, anti-infammatory, anti-depressant, can reduce acid reflux, is anti-bacterial and anti-fungal and may even inhibit cancer cell growth. Limonene can lessen the harder edges of a cerebrally intensifying terpene like Pinene and really works here with Critical Sensi Star to bring out its uplifting and mood elevating effect. 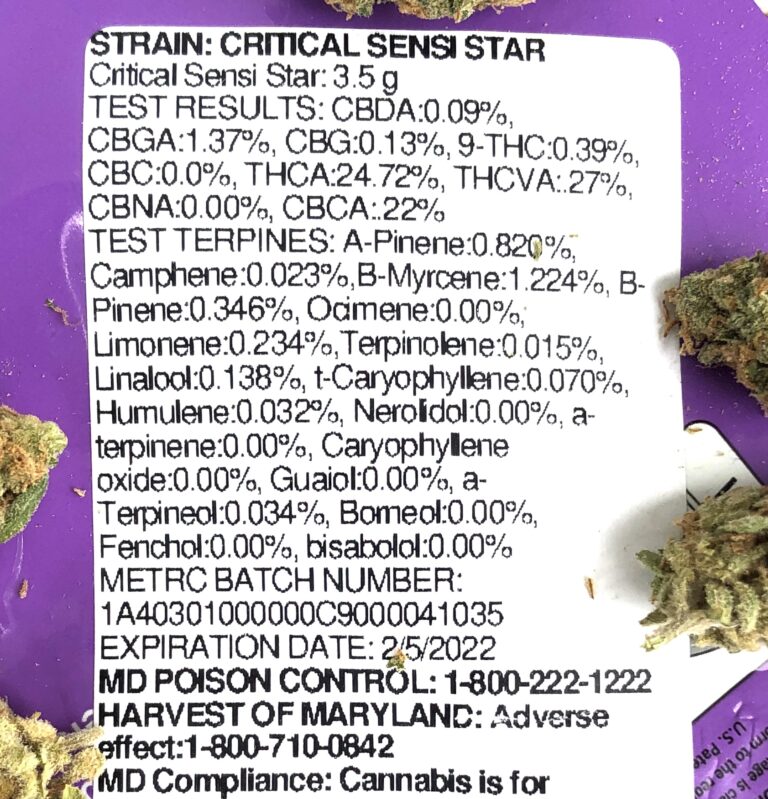 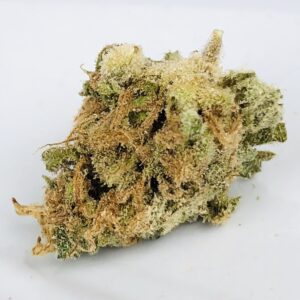 CONCLUSION:
Critical Sensi Star is the Indica dominant offspring of Critical Mass X Six Star. This strain provides some mood elevation and some enhanced focus before developing into a deeply relaxing and mellow body high. Critical Sensi Star is known for its creeping effects, which take some time to fully develop. User’s should take care and allow Critical Sensi Star’s effects to fully emerge (roughly 10-15 minutes on average) lest they become overwhelmed from hastily over-medicating. 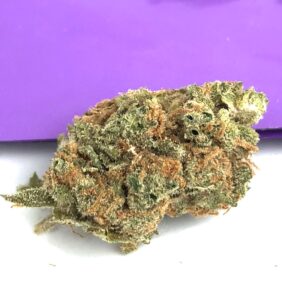 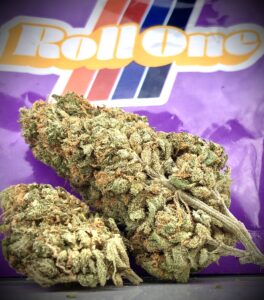 I really enjoyed this Critical Sensi Star. I was so happy to see that RollOne has lowered their prices somewhat. At the time of writing this review, I believe it may be the best deal of any Grower in Maryland right now.  Critical Sensi Star surprised me in a few ways.

I didn’t have foreknowledge of its creeping nature, and after my first session, there was about a ten minute delay before the onset of effects. But, when it did arrive it emerged slowly and steadily.
The amount of cerebral stimulation and enhanced focus was also not so expected.

I was also caught off guard by the amount of sensory perception that was altered when medicating with Critical Sensi Star. This was especially true of the altering of perceived time.  In my case, time seemed to be elongated where 5 minutes felt like 15 or 20.

Another factor to consider with this strain, at least this batch, and in my experience with it: it does pack quite a heady cerebral jolt if consumed in large quantities or in shorter successive sessions, which seem to compound the creeping effect and overall potency of Critical Sensi Star.

In this batch the Pinene, both Alpha and Beta are in notable quantities and seem to be fueling this cerebral intensity at times. There were moments that I found myself a bit ramped up from CSS and in the wrong context and with some, this strain could cause some mildly anxiety provoking sensations. This would be especially true if its creeper effect weren’t respected.