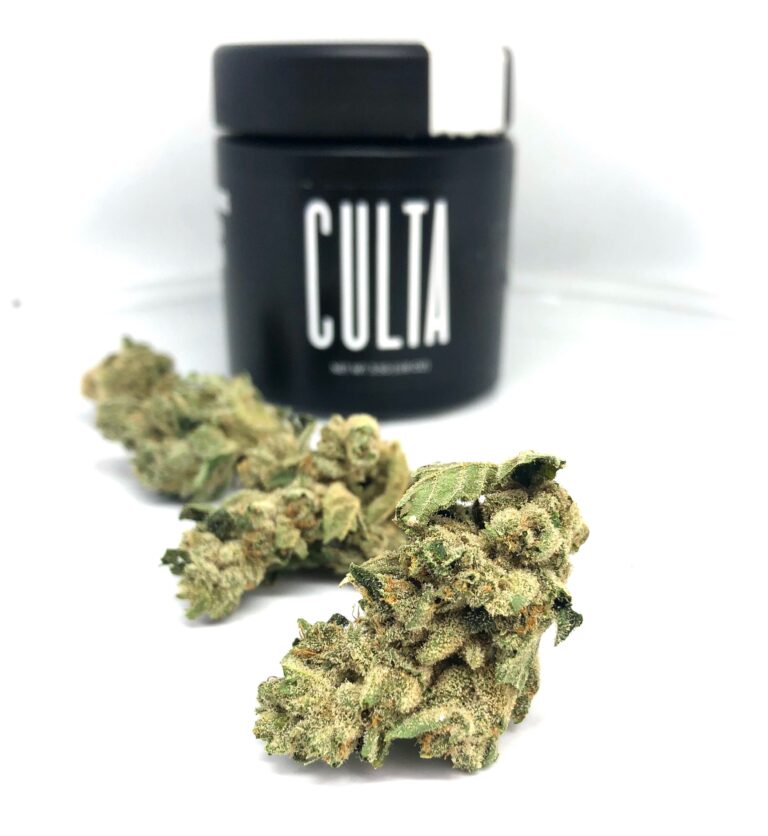 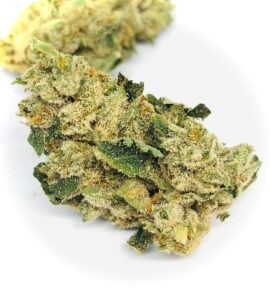 APPEARANCE:
All I can say is besides a few other cultivators, Culta has some of the most beautifully trimmed bud I’ve ever received.
I love their inclusion of particularly aesthetically pleasing sugar leaves always gets me.
Holy Roller is no exception as it almost bursted from dram I felt happy I had spent the money especially since it looks like
The buds are literally shielded with trichomes like a powdered donut. This following the ever so subtle skunky piney fragrance that can bring back moments of weed nostalgia for those that were there. Obviously, I was 🙂

Good For Bowls and rolls when properly ground.
You’re gonna need a grinder at least for the first couple of days if you can keep your mitts off of it. I had a hard time with that. 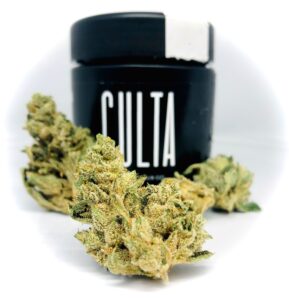 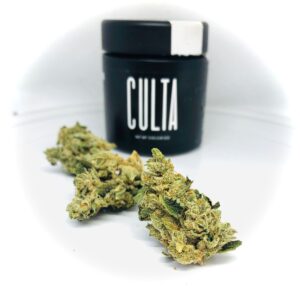 Culta has begun to use smaller drams it seems but that’s been for some time now I believe.
The big improvement is the new location for the lab testing label which is now on the bottom of the jar.
However, I think Culta should go the way of the plastic attached-lid dram like ForwardGro, who, to seem to all of a sudden seem to be somewhat more “forward thinking” in that regard. But, alas not riding the wave of the future, like Trulieve, ahem I mean Harvest and its umbrella brands, Roll One and Modern Flower. Especially the Roll One, because let’s face it, putting the ziplock in a box seems a bit silly no?

Still it translates to lower overhead I’m sure and most likely more flexibility with cost.
To be fair Kind Tree is going the same route, so ….great.
A shmear of chuckled irony to me that the “Wave of the Future” for cannabis flower packaging, at least in the present time, in Maryland, is a regressive approach bag to the days of “the baggie”…not even a ziplock…more like “spit” lock or “lick” lock….remember this??? And don’t even think about it having a name or a label indicating anything…

Holy Roller’s terpene Profile isn’t that outstanding yet its ratio of top terpenes seems to produce an outstanding effects . 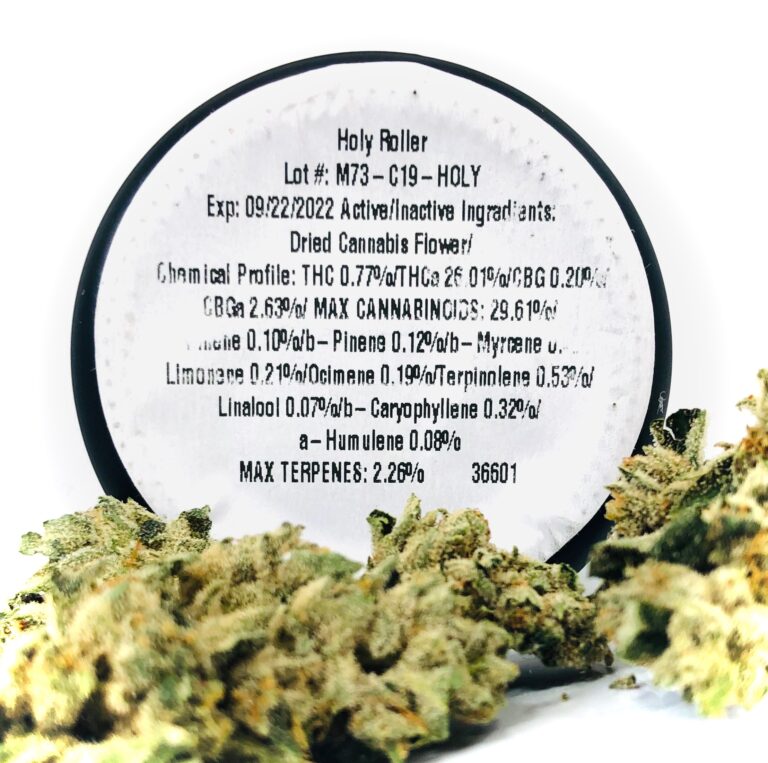 Holy Roller by Culta is a combination of the resinous narcotic crowd favorite Do-Si-Dos X Californian Bid Bud, bred in the U.S. from Sensi Seeds growers as a hybrid of Afghani x Skunk x Northern Lights, Big Bud eventually became a cafe staple in Netherlands in clone form.
This flower presents a heavy and hearty aroma and flavor rich with notes of sweetened piney skunk nuts and spice and leaves the palette with a hashy resonance that tends to linger.

Its effects are equally as formidable with a strong forward facing cerebral high contrary to what many may assume given its structural Indica dominance.

All in all, Holy Roller offers a complex range of effects from the deeply cerebral to blissfully euphoric as it works nicely to elevate and then sedate in higher doses.
Novices and those sensitive to stronger strains that work equally physical and cerebral
Levels should take it easy with Holy Roller,…old heads and Connoisseurs enjoy. 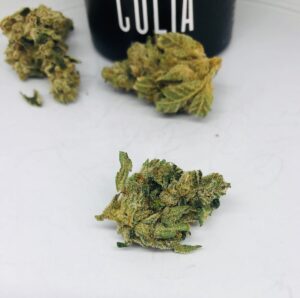